Seriously, this book was sooooo good! If I didn’t actually have responsibilities like work and children, I’m pretty sure I would have finished this book in one setting! If was so damn engaging and the action was non-stop! Even the science was fascinating and compelling. It’s dumbed down enough to actually be understandable, so you’re not left feeling spoken down to while still not understanding WTF is going on.

I dropped science in school, but in the last couple of years I’ve become more and more fascinated by it. Probably once I started watching Doctor Who and started realizing how huge the universe is. But now, not only is the universe infinite, but thanks to this book (even though I’ve heard the theory before) it’s even more infinite thanks to the multiverse theory. To think that there are other versions of me living different versions of my life… I mean that’s insane… but it isn’t, which is even more insane!

I honestly don’t know how to review the story without giving away any spoilers, so I’m not even going to try. I also usually have a hard time writing a coherent review when I’ve loved a book this much, as it takes a while to process this amazement and awe I feel for an author who is able to create such a unique world and story. Suffice it to say that this is instantly my favorite book of 2016.

P.S. I came across this gem while googling “mind blown gifs”

The Paper Menagerie and Other Stories by Ken Liu

The Paper Menagerie and Other Stories

In sum, I totally loved this book! It’s definitely one of my favorite reads this year, and I would gladly recommend it to everyone I come across… which I actually have been doing.

I’ve never really read much about China or it’s history, so most of the stories in here was completely new information for me. It did make me curious though, and I’ll be keeping my eyes open for more books about Asia and it’s history… though it sounds unbearably brutal 😦

The themes of family and tradition and culture really touched my heart, and the sci-fi elements just brought everything together in such a way that this was such an amazing experience.

I’ve reviewed each story separately below:

1.
The Bookmaking Habits of Select Species
: I liked this. It was written like a “history” of bookmaking of different alien species. Very imaginative and interesting worldbuilding. As the first story in an anthology, it was a fun listen and a tantalizing taste to what’s to come.

2.
State Change
: I really enjoyed this one! It imagines a world where your soul is manifested in a physical object, and your life is tied to this object, so if it’s damaged or if you’re too far away from it, you’ll die. It definitely made me think about what we think we know about life and how people live their lives differently and take more risks. Even though it’s a short story, Liu manages to create a world that I would love to read more about!

3.
Perfect Match
: This futuristic story imagines a world where sharing has been taken to the next level. What’s so unnerving about it is that it’s extremely possible… and that I actually thought “Hey, that sounds pretty neat…”. I listened to it on my morning commute to work and I could not stop thinking about it the whole day! I even completely blanked on the previous two stories because I just felt so wowed by it. It’s one of those that literally make you sit back and go “huh”.

4.
Good Hunting
: A mix between magical fantasy and steampunk. The lives of a Demon hunter and a hulijing intertwine, and as the magic is sucked out of their world they need to learn to survive without it. Lot’s of metal and fantastic ideas in this one. It kind of makes you nostalgic though, which I think is the point. Magic being replaced by technology… rings a bell?

5.
The Literomancer
: Well that was a bummer… I mean the story was great and coming from South Africa where racism is still an issue, it hit close to home. I felt so sorry for Lucy as an outsider both with the natives as well as with the other American girls because she didn’t look down on the Chinese like they did. I was hoping for a happy ending to the story when she met Teddy and his grandpa, but damn, of course that wasn’t going to happen. War is so stupid… politics is so stupid! All it results in is death and heartbreak! Great story though…

6.
Simulacrum
: This wasn’t a great story imo… I didn’t get why Anna was so angry at everything her dad did. She obviously didn’t have her own kids, but even so it’s like she expected him to be perfect. It’s also such a stupid thing to hold a lifelong grudge for!

7.
The Regular
: Sci-Fi Noir = Awesome! This was a really good crime fiction with a dash of the bionic woman! The plot was riveting and believable and the characters were extremely well developed for a short story… although I think this might count more as a novella?

8.
The Paper Menagerie
: Holy crap this made me cry! I was listening to the audio while driving to work and had to pull over. I completely understand every single perspective of each character, and as a mother myself my biggest fear is that my son will abandon me one day. Seriously, this story hit me in the heart!

Side note: I WISH I had a paper menagerie when I was little! Screw barbies (and your stupid Star Wars Figure)! 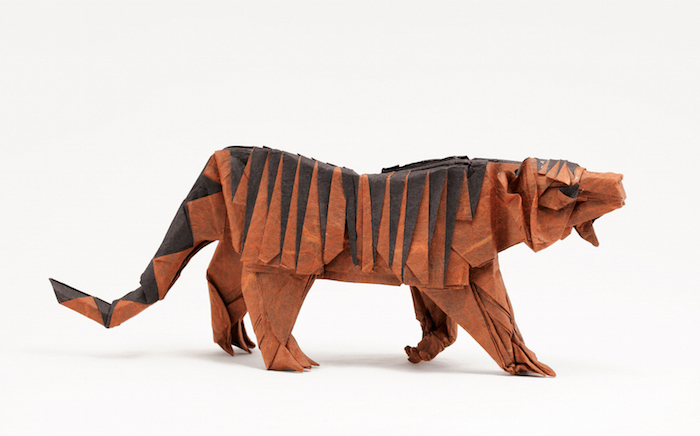 9.
An Advance Readers’ Picture Book of Comparative Cognition
: Didn’t feel this one… was meh.

10.
The Waves
: Initially I loved the idea here, but then it kinda just went too far? It kind of reminded me of Interstellar, which I also loved up until 3/4 of the way through, and then it went past the stopping point and got too big/went too far. I mean I get what the author was trying to relay, but I think this would have been much better as a novel… even a series!

11.
Mono No Aware
: Ok another favorite! Made me cry while listening in traffic! This had a similar idea to “The Waves”, but I think this was much better in scope and follow through! At this point I’m pretty sure I’m not just in love with the stories, but also with the author…

12.
All the Flavors
: I enjoyed this story, but I couldn’t quite keep up with the different names, and listening to the audio where I couldn’t go back and refresh my memory meant I got confused a lot… also because it jumped between stories without warning… This would probably have been much better read on paper.
I really liked Logan and Lily, and I thought that her mother was just ignorant and hateful… which is true of most people back then I guess… even still now if you think about what’s currently happening in politics (building a wall??? Really???). I think this was the only non sci-fi story, and it was also the longest. But definitely interesting and worth reading.

13.
A Brief History of the Trans-Pacific Tunnel
: I’ll be honest… I fell asleep about 3/4 of the way through this one. It had a really interesting premise, but I guess it’s just not one of my favorite.

14.
The Litigation Master and the Monkey King
: Another huge bummer. I get that history is full of violence and small people on power trips, but damn…

15.
The Man Who Ended History: A Documentary
: I had no idea that there was even such a thing as Chinese concentration camps. I didn’t even know that the Japanese hated the Chinese that much. This story was a huge learning experience for me. I loved the premise of time travel, and the element of human error and sentimentality brought into it. I hated the politics of why things like this are kept quiet and even denied that it ever happened…